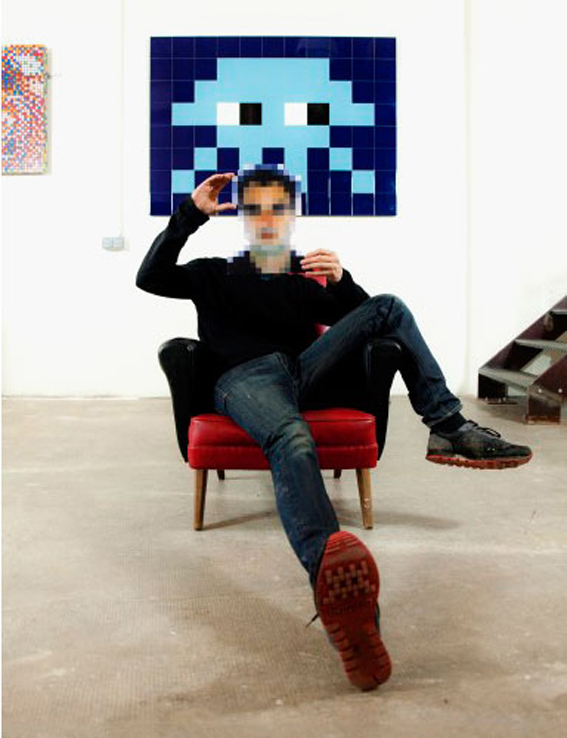 Invader was born in 1969 near Paris. He studied at the Fine Arts school in Rouen. In 1998, he started his “Invasion” with a project entitled “Space Invader”, revisiting the universe of the famous video game of the 1970-80s. He has worked all around the world: Paris, London, Milan, Berlin, Tokyo, Hong Kong, Bangkok, Istanbul, Los Angeles, Sao Paulo, Barcelona, etc. He lists them on a map available on its website. see more

Since 2005, he has been developing his “Rubickubiste” project using Rubik’s Cubes, giving a 3D aspect to his creations. His has done quite a remarkable work – in June 2011, he placed his 1000th Space Invader in the street. Since then, he has continued his invasion freely, using bigger tiles.