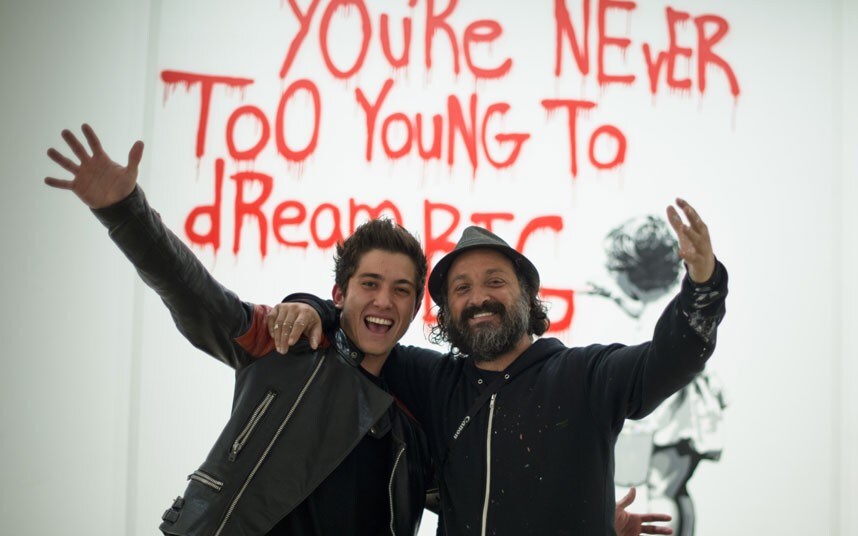 Aside from being the son of Thierry Guetta (AKA Mr. Brainwash), HiJack is most famously known for his distinctive artworks tucked away throughout the streets of Los Angeles. Armed with political savvy and humor, the artist carefully crafts his artworks around topics that hit closest to home. The artist is often personified by the use of his anti-authoritarian black cat stencil. Hijack focuses his efforts observing and waiting for the right moment to create. His balancing act of cultivating the public with a dose of humor allows for deep engagement within his varied themes of works.see more

Often Hijack’s characters are depicted to occupy a space that provokes a response, but in a calculated and clever way. His position in the street art movement is built around creatively pushing the boundaries on who we are as a society.