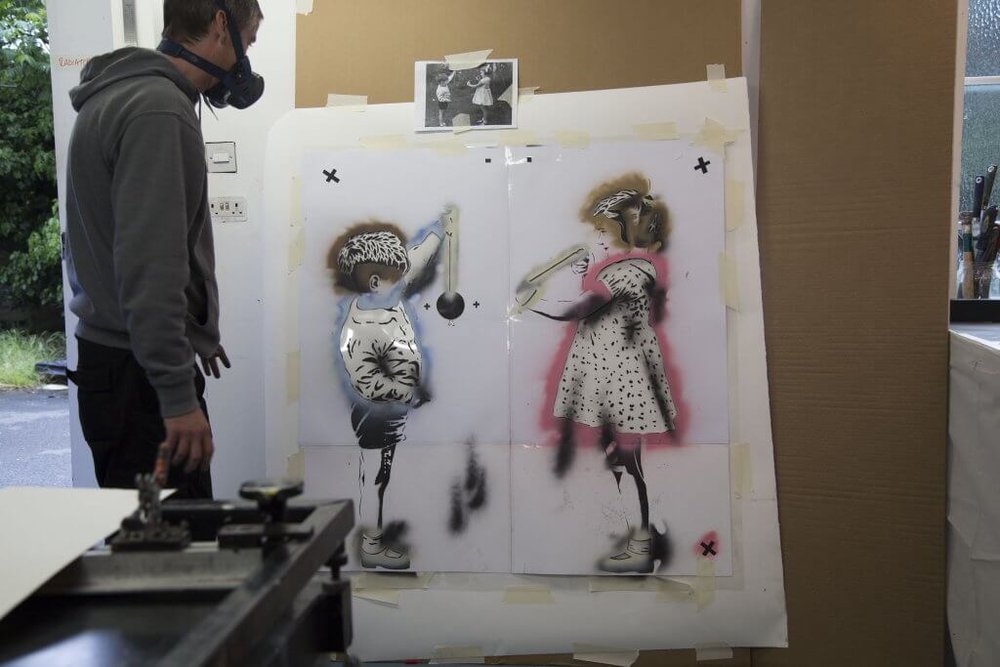 JPS openly states out that seeing Banksy exhibition in 2009 changed his life. That was just an external trigger he needed in order to unleash the massive flow of his own creativity. His stencils are fun, entertaining and ingeniously creative. There are influences of another street artists, but over the time, JPS created his own unique style which he uses to share humor, playfulness, and some social activism. His main themes are funny puns, which are taken out of pop culture, mostly music such as hip-hop and rap. Along with music, comes the internet culture, especially memes which he has been mixing with some creative wordplay. see more

For JPS, a physical space carries the energy of a stencil. He is very careful and cautious not to interfere with the overall looks and functionality of a public wall, so he chooses his location mindfully. Sometimes, the spontaneous idea comes straightforward, when the concepts reveal themselves on a convenient place. So we have a moonwalking Michael Jackson on the rock or a cat walking on a chain. He always draws out of his personal experiences or using the motifs from the things he loves. When he painted in Barrow Gurney abandoned Hospital he used images from horror films, because he felt the setting was appropriate and inspiring. When he paints on the streets he avoids such heavy imagery and keeps it light and funny.