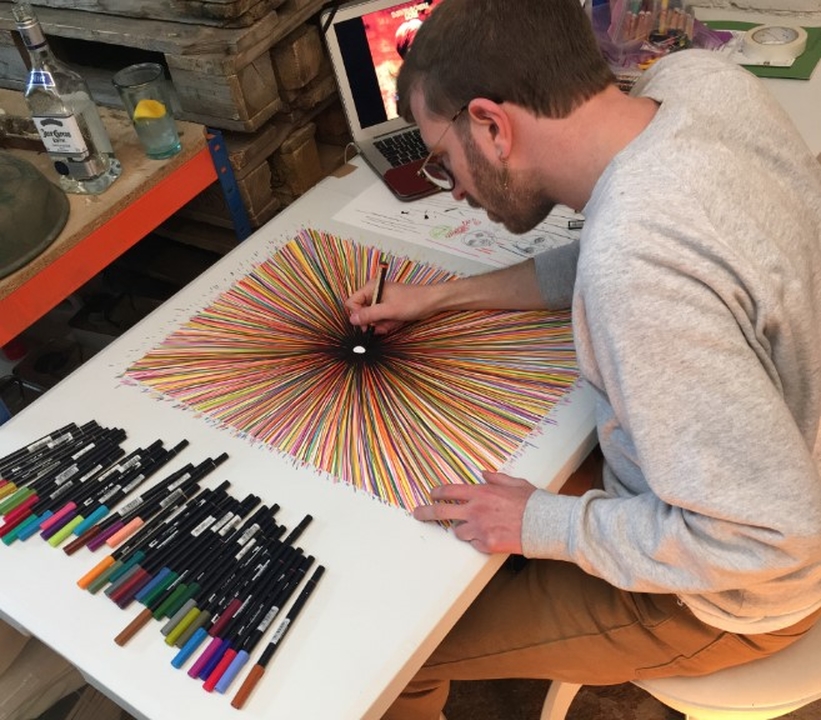 Hayden Kays is one of the most exciting young artists of recent years and has been described in the past as "The screaming voice of an angry Britain". Working in various media including sculpture, painting and printmaking, Kay's work has a visceral and direct impact with viewers. Kays often uses a typewriter font in his work to delivery sharp and witty commentary on current affairs and issues in the public's consciousness. He is a master at provoking a response from those who view his art, frequently using humour to communication profound concepts and ideas. see more

The relationship between words and images is key in his visual language. Kays has close ties to the music industry having produced artwork for two popular UK bands, Tribes and The Kooks. Kay and Tribes front man, Johnny Lloyd, collaborated on a novella titled "A journey through the heart of a pig" in 2013.This year Kays designed the heart image used for the cover of The Kook's latest album "Listen". The artist also made headlines when it was reported that One Directionﾒs pop-superstar Harry Styles had purchased 20 of his original works on paper. Kays has exhibited in the Saatchi Gallery during Frieze alongside Damien Hirst all Hayden Kays.